Truman Theodore Hanks is a public personality for the reason that he is the son of famous Hollywood actor and filmmaker Tom Hanks. He was born on 26th of December, 1995 in Los Angeles, California, USA. Truman Theodore’s father, Tom Hanks married twice in his lifetime. He married for the first time with the American actress and a co-star, Samantha Lewes in 1978. The marriage only worked for 9 years and the couple split up in 1987. During this time, the celebrity couple had two children, a son Colin Hanks and a daughter Elizabeth Hanks.

It was a year after the divorce when Tom Hanks married his second wife Rita Wilson. Rita and Tom co-starred in the movie Volunteers. That was the point it all started from. Truman was Tom’s son from Rita Wilson. Rita actually had two children with Tom, Chester Marlon Hanks, and Truman Theodore Hanks. Hanks is the youngest of all children of Tom Hanks.

Truman Theodore Hanks is the youngest child of his father. He has two half brothers and half sisters naming Colin Hanks and Elizabeth Hanks. Moreover, he has a brother from the same parents named Chester Marlon Hanks. There is a big age difference between the first and the last kid of Tom Hanks. The eldest kid, Colin Hanks, was born in 1977 which makes it an age difference of 18 years between the two half-brothers. This is a huge statistic.

Read it too:   Gene Hackman Net Worth

Despite all those step-relations in the family, the Hanks family seems to stick together except for Truman and Colin. Colin Hanks has followed the footsteps of his father and has appeared in several Hollywood movies. His mother Samantha Lewes died in 2002. Although there is not much known about the internal relations of the Hanks’ family, it is felt that Colin and Truman do not share a very healthy bond between them since they do not appear on media together and are very rarely pictured together. 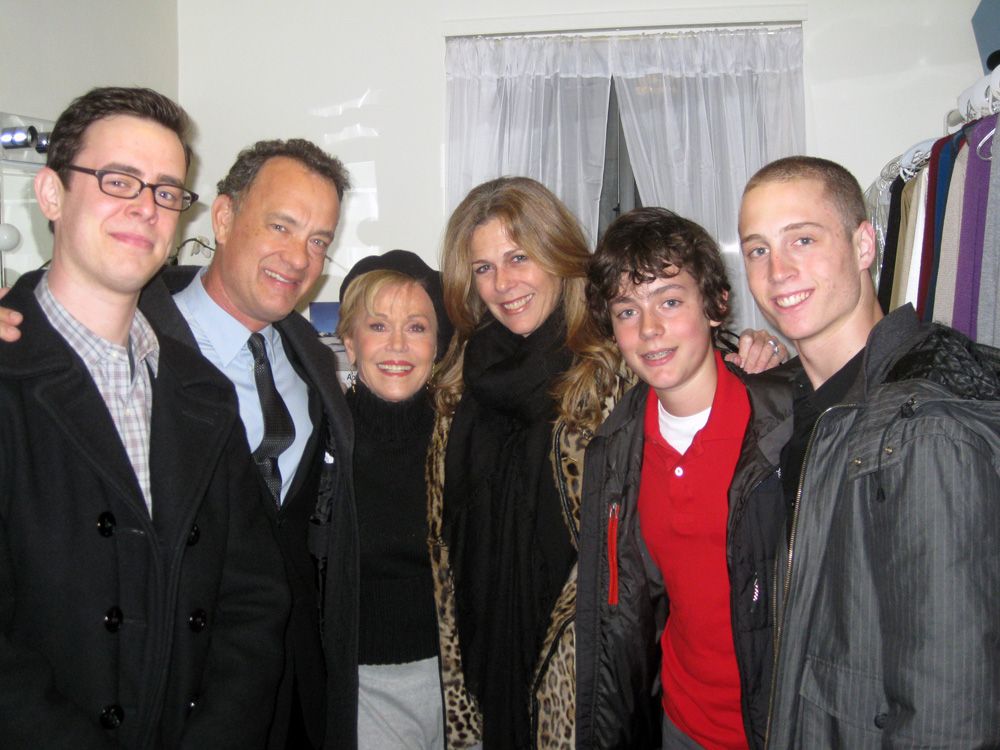 Elizabeth Ann Hanks is the only sister the three brothers have. She is Truman’s half-sister. As it appears, Elizabeth is better than his brother Colin in terms of relationships. She respects her stepmother very much, shares a healthy relationship with her father Tom and her half-brother Truman irrespective of an age difference of 13 years. She is a writer and has appeared in a couple of Hollywood movies in minor roles.

Truman seems to have a great bond with his mother, father, and brother Chester Marlon Hanks, who is a rapper but is struggling due to his drug addiction. Apart from all, his relation with his father seems to be the most strong one as the father and the son are often pictured together visiting hockey games etc.

Truman Theodore Hanks is only 22 years old, that means he is still very young and has a long career waiting for him ahead if he keeps working on his skills and comes out as an heir to his father’s place in the industry. Up till now, he has made minor roles in a couple of movies. Moreover, he has also featured in some advertisements and commercials.

Read it too:   Michael Sterling Net Worth

As far as Truman Theodore Hanks net worth is concerned, since he hasn’t entered a glorious phase of his career, nothing much is known. However, his father is a rich man with a net worth of more than $400 million. So this is for sure that Truman lives an extremely luxurious lifestyle and has everything he needs.

In 2013, Turman took himself to Reddit and did an AMA. He posted on the website “I am the youngest child of Tom Hanks. Ask me anything!”. He engaged a lot of audiences and got a lot of interesting questions. A question came up to him as to describe the best moment he spent with his father. He couldn’t choose a specific moment as he is too close to his father and has a lot of unforgettable moments with him.

I am the youngest child of Tom Hanks. Would anyone be interested in an AMA? from IAmA

Another question came up as how was Chester as a brother. Truman replied that they share a great bond. However, he used to get beaten by Chester when they were young. But that’s just how kids behave. All of a sudden, Chester entered the conversation on Reddit commenting “Love you, brother”. It turns out that it was not Chester. It was a fake account by his name. He verified the situation with a tweet. The account which claimed to be Chester was then banned by the website forever. This AMA was a pleasant experience for the audiences who were involved and who observed the conversation. However, it introduced him to the general public and made a positive mark of his.

Read it too:   Cardi B Net Worth

Apart from Reddit, Truman Theodore Hanks has an account on Instagram as well. The account is completely private and has only 500-600 followers. But there is no authentication or confirmation from Truman himself whether it is his account or is some kind of fake.